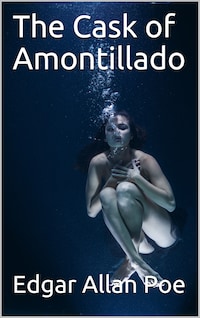 The Cask of Amontillado

17 sivua
FormaattiE-kirja
KieliEnglanti
Lajit
JännitysKauhuEnglish
Jaa kirja
"The Cask of Amontillado" is a short story by Edgar Allan Poe, first published in the November 1846 issue of Godey's Lady's Book. The story, set in an unnamed Italian city at carnival time in an unspecified year, is about a man taking fatal revenge on a friend who, he believes, has insulted him. Like several of Poe's stories, and in keeping with the 19th-century fascination with the subject, the narrative revolves around a person being buried alive – in this case, by immurement. As in "The Black Cat" and "The Tell-Tale Heart", Poe conveys the story from the murderer's perspective.

The story's narrator, Montresor, tells an unspecified person, who knows him very well, of the day he took his revenge on Fortunato (Italian for "the fortunate one"), a fellow nobleman. Angry over numerous injuries and some unspecified insult, Montresor plots to murder his "friend" during Carnival, while the man is drunk, dizzy, and wearing a jester's motley.

Montresor lures Fortunato into a private wine-tasting excursion by telling him he has obtained a pipe (about 130 gallons,[1] 492 litres) of what he believes to be a rare vintage of Amontillado. He proposes obtaining confirmation of the pipe's contents by inviting a fellow wine aficionado, Luchesi, for a private tasting. Montresor knows Fortunato will not be able to resist demonstrating his discerning palate for wine and will insist that he taste the amontillado rather than Luchesi who, as he claims, "cannot tell Amontillado from Sherry". Fortunato goes with Montresor to the wine cellars of the latter's palazzo, where they wander in the catacombs. Montresor offers wine (first Médoc, then De Grave) to Fortunato in order to keep him inebriated. Montresor warns Fortunato, who has a bad cough, of the dampness, and suggests they go back, but Fortunato insists on continuing, claiming that he "shall not die of a cough". During their walk, Montresor mentions his family coat of arms: a golden foot in a blue background crushing a snake whose fangs are embedded in the foot's heel, with the motto Nemo me impune lacessit ("No one attacks me with impunity").

At one point, Fortunato makes an elaborate, grotesque gesture with an upraised wine bottle. When Montresor appears not to recognize the gesture, Fortunato asks, "You are not of the masons?" Montresor says he is, and when Fortunato, disbelieving, requests a sign, Montresor displays a trowel he had been hiding. When they come to a niche, Montresor tells his victim that the Amontillado is within. Fortunato enters drunk and unsuspecting and therefore, does not resist as Montresor quickly chains him to the wall. Montresor then declares that, since Fortunato won't go back, Montresor must "positively leave" him there.