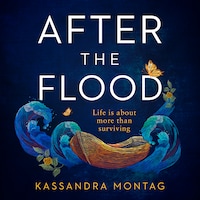 3.9
12 h 59 min
LukijaHillary Huber
FormaattiÄänikirja
Lajit
RomaanitRomaanitNykyromaanitEnglishFiction
Jaa kirja
Children think we make them, but we don’t … They come into the world and make us. They make us by breaking us first.

The world is mostly water when Pearl is born. The floods have left America a cluster of small islands with roving trade ships and raiders.

Pearl knows little of her father Jacob and elder sister Row, who left her mother Myra when she was pregnant with her. Between them they make do, with Myra fishing and trading to make ends meet, travelling from island to island on Bird, the boat Myra’s grandfather made before he died.

Whilst their life is a tranquil one, Myra still aches for the daughter she once lost. When a chance encounter reveals that Row might still be alive, Myra packs up six-year-old Pearl and together they begin a dangerous voyage to The Valley, where rumours of violence and breeding ships run rampant.

Along the way they encounter death and strangers, finally finding solace on board Sedna – full to the brim with supplies and an able crew – where Myra feels like she might be closer to finding Row than she has ever been. But to get to Row she will have to deceive everyone around her, betraying the trust of those she’s come to love, and ask herself if she’s willing to sacrifice everything and everyone for what might be nothing at all.