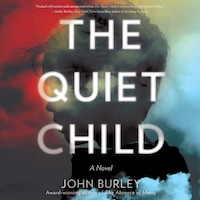 From the award-winning author of The Absence of Mercy, comes a gripping and darkly psychological novel about family, suspicion, and the price we are willing to pay to protect those we love the most.

It’s the summer of 1954, and the residents of Cottonwood, California, are dying. At the center of it all is six-year-old Danny McCray, a strange and silent child the townspeople regard with fear and superstition, and who appears to bring illness and ruin to those around him. Even his own mother is plagued by a disease that is slowly consuming her.

Sheriff Jim Kent, increasingly aware of the whispers and rumors surrounding the boy, has watched the people of his town suffer—and he worries someone might take drastic action to protect their loved ones. Then a stranger arrives, and Danny and his ten-year-old brother, Sean, go missing. In the search that follows, everyone is a suspect, and the consequences of finding the two brothers may be worse than not finding them at all.